What makes Hazaribagh a beautiful city is its natural beauty. Surrounded by hills and dense forest it is one of the most beautiful cities of Jharkhand. The Divisional headquarters of North Chotanagpur division the city is famous for Hazaribagh National Park (17 km from city). The city falls under Hazaribagh district which is one of the 24 districts of Jharkhand state. Word Hazaribagh has beenderved from two words “ Hazar” meaning thousand and “bagh” meaning gardens. Literally he meaning of Hazaribagh is “city of thousands gardens”. Hazaribagh was once covered with thick forest and still it is surrounded by forests. This town is a great tourist attraction for spiritual to nature lovers.

The town was covered with thick forest in olden times. Residents of which used to remain independent. Till 1526 CE the area was free from outside influence. Only after 1556 when Akbar’s established his dominance over Delhi outside forces stated exploring this region. After 1605 when Akbar died this area was once again set free. In 1831 was formed the division named Hazaribagh as administrative headquarters. Hazaribagh was declared a cantonment in 1790. It was a part of Ramgarh district that time. In 1834 it was declared as district head quarters. It remained a cantonment till the year 1884. Hazaribagh was inhabited by many English men during British rule who used to do lot of hunting in its forests. 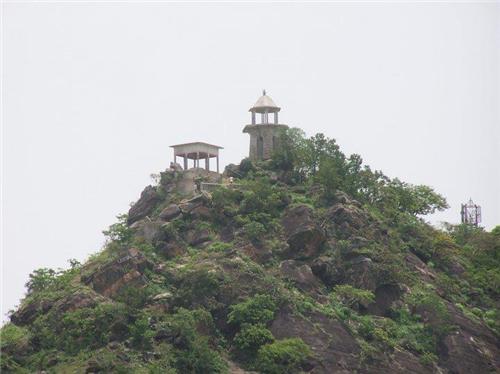 In 19th centuary Bengali’s came and settled in Hazaribagh. Though they were very few in numbers but were effective enough to be a part of the history of this town. To name a few the first government pleader of Hazaribagh - Rai Bahadur Jadunath Mukhopadhay (Mukherjee), Scholars like Dhirendranath Choudhury and Mahesh Chandra Ghosh, poet Kamini Roy lived in the town, Doctors such as Mandindra Bhushan Banerjee (Panna Babu), Bikash Kumar Sen, Sambhu Nath Roy and Benoy Chandra Chatterjee were prominent personalities. In 1991 Hazaribagh district was divided into 3 districts namely Hazaribagh, Chatra and Koderma. For More Click Here

River Konar a tributary of river Damodar passes by this town. Hazaribagh was once covered by thick forest and is still surrounded by forest. Total area of Hazaribagh is 4313 sq km. It is located at north east part of Chotanagpur Division. It is called as a semi hill station with its altitude at 611 m. Hazribagh lies between 23.98°N Latitude and 85.35°E Longitude. This town experiences an annual rainfall of 1234.5 mm. The maximum and minimum temperature ranges from 42 to 4 degree Celsius. November to February are the cool months. The summer starts in March and lasts till May. Town experiences rain from June to October. Hazaribagh has a lower average temperature from its neighboring area. Also the winds are less humid in rains in this town. For More Click Here

Places of Interest in Hazribagh

Hazaribagh is a must visit place for spiritual and nature lovers. The town has many famous temples in its near vicinity which are visited by thousands of devotees every year. It is also a very good attraction for nature lovers. It is most famous for its hill resort and national park. It also offers a variety of road side food for its tourists. 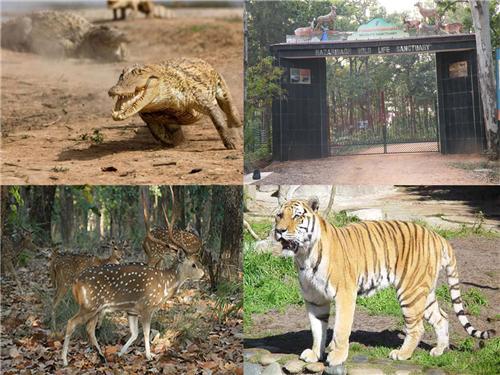 As of 2011 India census,Hazaribagh with population of 153,599 ranks as amongst the one of the ever growing cities. Being the 7th Largest city of Jharkhand the ratio of of males to females is 52:48. While males with 80,095 forms 52% of the population while females with 73,504 forms 48% of the population.

Events and Festivals in Hazaribagh

Festivals in Hazaribagh are celebrated with great enthusiasm. The important festivals celebrated are: 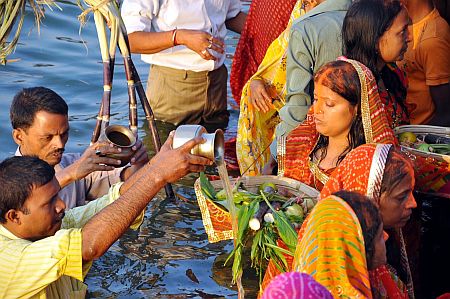 Though there is no direct air connectivity to Hazaribagh one can land at Birsa Munda Airport Ranchi and can travel to the city via road and railway mediums. Koderma Station which is situated 69 km away is a major junction near Hazaribagh. From here you can travel to major cities of India. All major trains including Rajdhanis stop here. Railways provide regular bus service from Koderma Station to Hazaribagh. National Highway 33 passes through the city linking it to other cities of India.
Road distances from Hazaribagh to major cities are: Dhanbad 128 km (via GT road), Ranchi 91 km, Gaya 130 km, Bokaro 116 km (via Ramgarh), Patna 235 km, Daltonganj 198 km, and Kolkata (via Asansol-Govindapur-Barhi) 434 km. Regular bus service connects Hazaribagh to all these places.
In present times all type of local transport is available in Hazaribagh like auto-rickshaw, manual-rikshaws, taxis and minibuses. For More Click Here

Though Hazaribagh is not a big town. But if you choose to shop Urban Haat is a good option. It is located at a distance of 3 kms from the town on NH33. It offers a lot of handloom garments, terracotta and molded figures for the art lovers.The city offers a lot of road side food vendors from early morning to late night for the food loving people.

Economy and Industrialism in Hazaribagh

Hazaribagh has the second largest coal reserve in Jharkhand. NTPC and Reliance Power are coming up with 3000MW and 3600MW thermal power plant respectively in the area. Hazaribagh houses many steel and other industries because of its rich coal reserve. There are many offices in Damodar Valley Corporation. For More Click Here

Hazaribagh at a glance