Hazaribagh is an important industrial area because of its coal reserve. Hazaribagh has the second largest coal reserve in Jharkhand. Recently Central Coalfields Ltd. a subsidiary of Coal India Limited has started new projects in Hazaribagh. Because of the presence of coal, water and power in abundance, there are many steel industries and other industries in this area providing number of employment opportunities . Damodar Valley Corporation has a number of offices in Hazaribagh. This significant coal deposit reserves here are Kuju, Charhi, Ghato Tand and Barkagaon of North Karanpura Coalfield. The main source of livelihood in Hazaribagh is the coal mining. People in Hazaribagh are laborious and hard working. NTPC and Reliance Power are about to set up thermal power plants in Hazaribagh.

Hazaribagh has the second largest coal reserve in Jharkhand. Hazaribagh also has a good reserve of ruby, mica, ironore, limestone. India's total production of mica comes from the Jharkhand mica belt, a part of which is situated in the Hazaribagh West Forest Division. Mining also provides a large employment opportunities to the people of Hazaribagh. NTPC and Reliance Power are coming up with their thermal power plants of 3000MW and 3600 MW respectively. Most of the people in Hazaribagh are absorbed in agriculture but growing industries are providing great employment opportunities to the people of Hazraibagh. Having large coal and mica reserve, mining is one of the major industry providing large employment in Hazaribagh. 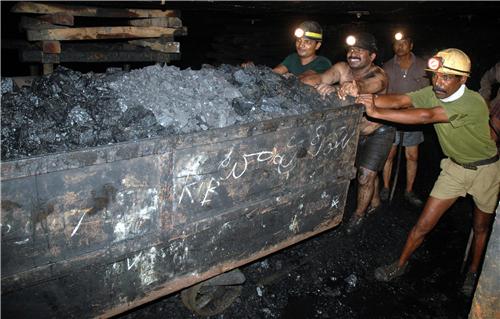 The other important industries in the Hazaribagh district are mica mining and mica splitting. Another important industry in Hazaribagh is limestone mining. Limestone is used in infrastructure industry as lime for mortar and plaster. Limestone is required also by the iron and steel industry and in the manufacture of glass and chemicals. Hazaribagh is also famous for its Lac industry. Cultivation of lac provides employment to local people. Hazaribagh had a flourishing lac business some years back. Though there is a decline in this industry these days.

Mainly two type of soil are found in Hazaribagh- Red and Loam Soil. Due to the presence if iron, soil of Hazaribagh is red. Presence of Mica gives the soil a little pink color. Lower layer of soil is yellowish.
Sandy loam soil is found around the Damodar River basin. The color of soil is a little Red, brown & yellow.The main agricultural products of the region are varieties of paddy like maize, arhar, wheat, gram, mustard. Cultivation of vegetables is also done on large scale. Lady Fingers, Green Chillies, Tomato, Potato and many other green leafy vegetables are grown through out the year. These vegetables are supplied to the urban markets and form a basic source of revenue in the region. 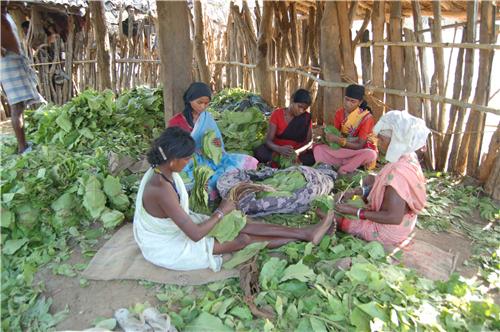 Apart from mining timber, firewood and biri industries are important industries in the area. Forests make Hazaribagh a rich source of Timber and other forest raw materials. Biri or Tendu leaves found in abundance in these forests are collected in bulk and sent to other places for the preparation of biris. This industry has been a major source of employment in the region of Hazaribagh.

Hazaribagh does not have a good quality livestock. Cows, Bulls and the poultry are the only livestock present in the area. Poultry, rearing of goats are popular in the region. Tribal people also indulge in catching and selling of colorful parrots. Poultry in an emerging business avenue in Hazaribagh.