While traveling to Hazaribagh the most noticeable thing is the famous Parastnath temple located on the hilltop. Though the temple is visible from Hazaribagh, it is located in the Girdih district of Jharkhand. The temple is located at a distance of 90 kms from Hazaribagh. It is a major Jain temple and is considered most sacred place for Jains in the world. 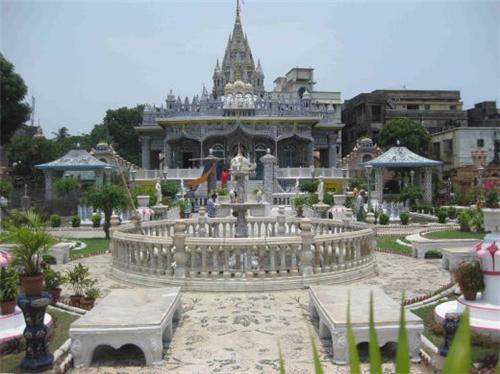 Parastnath hill is also known as Sammed Sikhar or Sammet Shikhar, which means ‘peak of concentration’.According to Jainism, 20 out of 24 Tirthankaras attained Nirvana here. Parasnath is the highest peak of Jharkhand and is at a height of 1,350 metres (4,430 ft) above sea level. Most of the people refer this place as Sikharji, 'the venerable peak’. Others call it Parasnath Hill, for the reason that 23rd Tirthankara, Lord Parasnath attained nirvana on this site.

The hill probably attained the name from 23rd tirthankar Parsva or Parsvanatha (c. 877–777 BCE) who was a prince of Benaras and attained nirvana at the hill. The earliest reference to the hills is found in Jñatdharmakatha, an important Jain literature.This place is also known as the place where Mallinatha, the nineteenth Tirthankara, attained Samadhi here.

How to reach Parasnath Temple ? 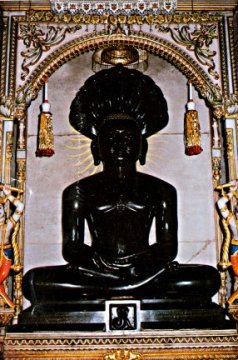 To reach the temple you have to get down to Parasnath railway station which is connected to Asansol-Gaya section. There are rest houses and temples at the foot of the hill at Madhuban village. People stops at Madhuban village and then further starts their journey to Parasnath Temple early in the morning.The place is surrounded by thick forests called Madhuban. On the way to Parasnath Hill are two streams, Shital Nala and Gandharva Nala . Northern side of the hill is said to provide an easy trek to the hill. Parasnath hill is around 27 kms from the base point, where the trekking for Parasnath hill starts. People starts trekking for the hill as early as 3 am – 4 am early in the morning. Some people choose to use the services of "doli wallah" .

The local villagers ferry people up and down the hills in these doli’s. There are many stalls in the way serving tea, coffee, water, fruits and all kinds of vegetarian snacks. There are concrete slabs throughout the way up and the slope is quite steep at places. To reach the Parasnath temple one has to cover Gautam swamy and Chandra Prabhu hills. On their way back, they visit Jal Mandir and finally Parasnath Hill via the Gautam swamy hill.

The temple is revered by both Svetambara and Digambars, the two main sects of Jainism. The imposing idol of Bhagwan Parsvanath attracts faithful from different sects Sanskrit inscriptions are engraved on the foot of the idol which indicates that they were put in the temple in 1678 A.D.It is believed that if you start your journey to Parasnath temple by bowing your head at temple of Bhomiyaji at the start of the hills, you can never be misled in the journey. The moment you forget the way, the dogs will guide you the way and will quickly disappear once you are back on your path.

The State tourism department has their plans to develop the hills of Parasnath and Satpahar as a destination for paragliding and para sailing. Because the hills natural terrain makes them some of the best locations in the country for such sports.