Hazaribagh is a land of tradition and culture. From time immemorial the place saw the establishment of temples dedicated to various Hindu and Jain deities. There are many temples in Hazaribagh and few of them belong to ancient periods. The paintings and the carvings on the walls of the temple gives a glimpse of the bygone era. The temples in Hazaribagh are visited by devotees from across different regions of India and world. Especially during the festive seasons, the celebrations the crowd is eye catching. People from all over the world visit these temples to seek blessings from the deities.

The Budhwa Mahadev Mandir is situated in the heart of Hazaribagh. This temple is dedicated to Lord Shiva. According to the people of Hazaribagh the temple is around 100 years old. Prayers to the Lord is offered according to the united form of Shaiva and Vaisnava sect of Hindu philosophy. Beautiful Shiva linga is a major attraction in the temple. Before entering the main temple of Lord Shiva people offers their prayers to Nandi cow. Nandi is believed to fulfill the wishes. 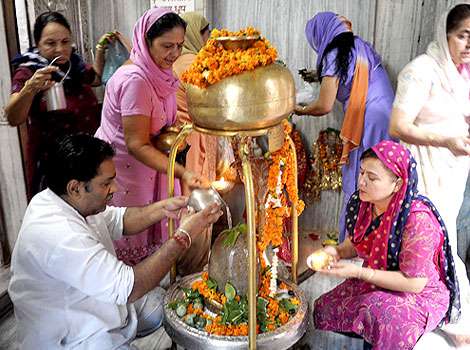 Special prayers are offered to Lord Shiva on every Monday and some special days like Maha Shivratri. Regular aartis offered by the temple priest witnesses the participation of hordes of devotees almost everyday. This temple is said to be the biggest temple in Hazaribagh.
Address: Guru Gobind Singh Rd, NawabGanj, Hazaribagh, Jharkhand 825301 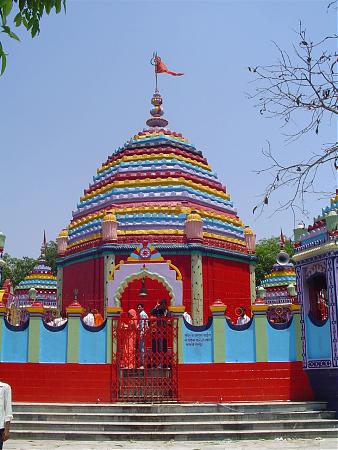 The temple is about 65 k.m. from Hazaribagh on NH-23 and is situated on the confluence of rivers Damodar and Bhairavi popularly known as Bhera. The beautiful temple located on top of the hill from where Rajrappa Waterfall comes down presents a picturesque view of the region. Rajrappa Temple is dedicated to the Goddess Chinna Mastika, one of the ten forms of the Goddess Durga. The statue of Goddess Durga in the temple shows the goddess holding her own head in her left hand and her head drinking the blood oozing out of her neck. The idol stands on the body of Kamdeo and Rati ( Manmadhan & Rathi ) in Lotus bed. There are many other temples in the vicinity of the temple. The temple is very old and its name is also mentioned in the Hindu scriptures like Vedas, Puranas as a "Shakti Peeth".


In the month of December temple is visited by large number of Santals and other tribals. In the month of January on Makar Sankranti,a special fair is held here which is attended by lakhs of people. Another fair is organized during the festival of Vijaydashmi which is also attended by large number of people. Visitors take holy bath in the river. Besides being an important holy place it is also a famous picnic spot because of its natural beauty. Hilly landscape covered with lush forest, river and the hot water spring increases the beauty of the region. People can also enjoy boating here 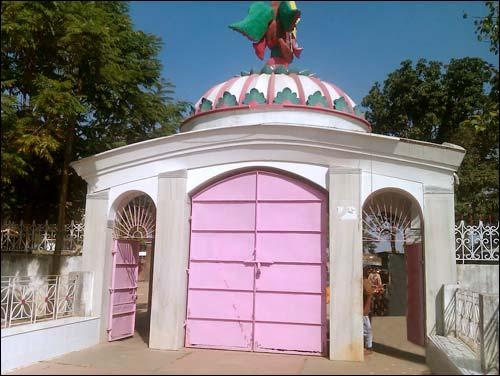 Narsingh Temple is dedicated to Narsingh Avatara of Lord Vishnu. This temple is located at a distance of 6 kms from Hazaribagh, in the village named Khapriama. Though the main deity of the temple is Lord Vishnu in his Narsingh Avatara, you can also find a Shivalingam in the temple compound. There are many temples located near Narsingh Temple. These temples are dedicated to Hindu deities Kali, Surya Dev and Dasawatar. Every year on the day of Kartik Purnima a grand fair is organized in the temple. This day witnesses influx of crowds. The temple is well maintained and is kept neat and clean.
Address: Khapriama, Hazaribagh 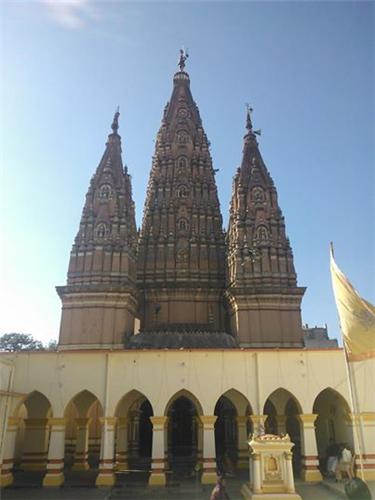 Panch Mandir is known as the temple with five shikharas. It is one of the main attraction of Hazaribagh. Main deity of the temple are Lord Krishna and Radha. The construction of the temple was started in 1880. Panch mandir is constructed using the eatables like sugar, pulses, jagery etc. and not cement. Still the building is strong enough, that it withstood the strong earthquake of 1930. It took 20 years for the completion of the temple.

The proper Puja in the temple began in the year 1901. It seems like the architecture of this temple is inspired much by south Indian architecture style. The temple complex is very huge and beautiful. A large number of people visit this temple every year especially during the festive seasons. People comes to this place for auspicious rituals like marriage and ritual of Mundan or shaving the head.

Situated at a distance of 90 kms from Hazaribagh, Parasnath is a major jain temple. It is considered to be the most sacred place for jains. 20 Tirthankaras out of 24 attained Nirvana here . The holy temple is situated at the highest peak of Jharkhand with a height of 1,350 metres. The temple is not very old though the idol in the temple is very old. There are 31 Shrines and temples on Parasnath Hill. 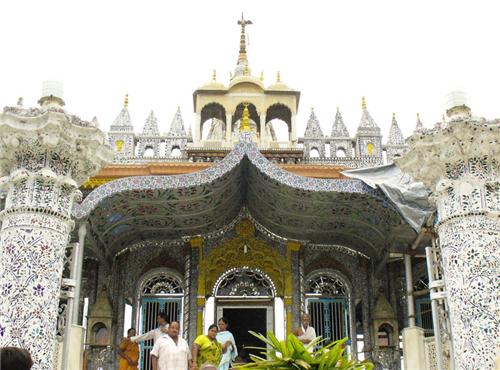 People traveling to Parasnath prefer to stay in Madhuban village, which is situated at the foot of the hill. Further they start their journey to Parasnath Temple early in the morning. One can choose to walk uphill to the temple, or can heir a ferry known as “doli walla”. There are many shops in the way offering tea, coffee, water, fruits and all kinds of vegetarian snacks. The path to Parasnath temple has Gautam Swamy hill, and then Chandra Prabhu hill. On the way back, Jal Mandir is the first stop and finally Parasnath Hill via the Gautam Swamy hill.