Situated in Chottanagpur region Hazaribagh is famous for its natural beauty. It is famous for its hill resort and wild life sanctuary. Many tourists visit Hazaribagh every year. Hazaribagh literal meaning is land of thousands of garden. Hazaribagh has got a huge reserve of coal and mica. The coal reserves of Hazaribagh are second largest in Jharkhand. Hazaribagh also have good water supply as many rivers passes through the region. These conditions makes Hazaribagh a good industrial town. Many industries are already present and many are coming up in the town. Transportation also plays an important role in  making Hazaribagh accessible to the people thronging to the city in the search of job options. 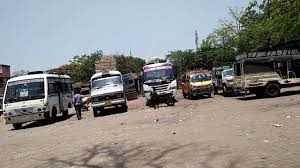 Hazaribagh has a robust transportation system and is well connected to other parts via roadways and railways.You can easily reach the city by hiring a car or boarding a bus. During British rule one had to take local transport called push push to reach Hazaribagh from Giridih. It was exciting journey which passes through rivers and through dense forests infested with bandits and wild animals. When the Grand Chord was opened in 1906, Hazaribagh Road station was connected with the town. Lal Motor Company operated the rail-cum-bus service between Hazaribagh town and Hazaribagh Road station for many years.

Hazaribagh is a municipality in Chotanagpur region of Jharkhand. Hazaribagh is located on national highway 33. It connects Hazaribagh with all the major cities like Ranchi 91 km, Patna 235 km, Dhanbad 128 km (via GT road), Bokaro 116 km (via Ramgarh), Gaya 130 km, Daltonganj 198 km, and Kolkata (via Asansol-Govindapur-Barhi) 434 km. The NH 2 that passes by Hazaribagh is a four lane and work of constructing NH33 into four lane expressway is underway. State government has initiated road development work in Hzaribagh. The national and state highways in Hazaribagh are developed into four-lane expressway to ensure smooth movement of heavy industrial equipment, raw materials and finished products.  The roads to hazaribagh passes through dense forests. The natural beauty of the place is worth watching when you are going to Hazaribagh by Road.

You can avail various types of buses like Volvo, AC, AC sleeper from Hazaribagh. Hazaribagh is connected by bus with cities like Gaya, Ranchi, Patna etc . Buses provide an economic and easy way to commute to and fro from Hazaribagh. It is the easiest and most convenient mode of transport to nearby cities for the people of Hazribagh

The nearest railway station is to Hazaribagh is Koderma Station. It is situated on the New Delhi- Howarah railway line. Koderma  is  69 kms from Hazaribagh and number of trains halt at this station. From Koderma you can hire a taxi or board a bus to reach Hazaribagh.There is a newly made railway line from Koderma to Hazaribagh. It is expected to become operational by 2014. On 23rd Dec 2013 people of Hazaribagh celebrated the successful trial run of an engine on recently constructed Koderma-Hazaribagh line. The wistels of rail engine were heard in the city. It took 15 long years and a massive 6 thousand crore rupee for the completeion of the project. In 1998,the then Prime Minister Atal Behari Vajpayee laid the foundation stone of the rail link.


How to reach Hazaribagh ?

The nearest airport is Birsa Munda Airport Ranchi. Ranchi Airport is well connected with all important cities of India. Ranchi is at a distance of 91 kms from Hazaribagh. You can take a local transport from Ranchi to reach Hazaribagh.

Hazaribagh is situated on NH 33. There are regular bus services from all the nearby cities to Hazaribagh.

To meet the demands of the local population the transportation of Hazaribagh has abundance of small vehicles. For example from the town one can choose to travel in  auto rickshaws, taxis without meters, cycle rickshaws, cabs. Unmetered taxis and auto are available in plenty to take you to different destinations in Hazaribagh. Hazaribagh is a great tourist destination witnessing large crowds to witness its scenic beauty. There are many unmetered taxis and auto that are available and can take you to nearby places.  The taxi charges around 160 Rs for approx. 20 kms. In all you can say that transportation newtork of Hazaribagh is reliable and self suuficient to meet every transportation needs.